From snake-oil salesmen in the late 19th century to infomercial hucksters on cable TV, health and medical journalist Hurley (theNew York Times ) traces the growth and persistence of the multibillion ... Read full review

DAN HURLEY is a journalist specializing in health and medical writing, and a regular contributor to The New York Times. His work has also appeared in the Houston Chronicle, Men’s Health, Psychology Today, and many other publications. He lives in Montclair, New Jersey. 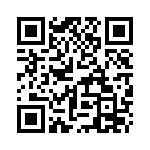