This could probably float as a seminal work on the subject. There is a tendency in a book like this, however, to slide into prophetic hype especially on topics such as genetic engineering. Otherwise I ... Read full review

Alexander Bard is a lecturer at SpeakersNet, with clients including Ericsson and the Stockholm School of Economics. He is also a writer, sociologist, philosopher and TV talk show host. An internationally renowned record producer, artist and songwriter, he is a co-founder of Scandinavia's largest independent record company, Stockholm Records. Alexander is one of the true Internet pioneers; he co-founded a number of successful e-commerce ventures, including the widely celebrated interesting.org, and runs nine international networks.

Jan Söderqvist is a writer, editor, TV producer and lecturer at SpeakersNet. He is the film critic at the Swedish daily Svenska Dagbladet and a political columnist. After studying film in Los Angeles in the early 1980s Jan earned a BA in literature and worked in every media area imaginable. He has edited a number of prestigious magazines, and as a writer has covered everything from men's fashions and cooking trends to the Asian crisis and the revolution in info-technology. 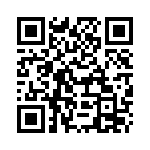