One Aednat Duffy was a handsome woman, not so much by instant standards but by way of that which was understood. She was understood not to be taken lightly. In no way mean, the respect afforded was the desire to be logical, and more, not to be seen as illogical. It was the result of many years of observation, by those whom observed at every opportunity, the wise. There were no opportunities to go against Ms. Duffy, for that required a determination on her part, never given. The most that could be accomplished was to be inconsistent, in more ways than one.
Now in the initial stage of elderly Aednat had two nephews in her care who had been with her already some five plus years. They were identical twins fifteen years of age with hair as dark as possible and remain truly blonde. Both had changed for the better since their arrival now moving about, speaking, and seeing from a well balanced perspective, no doubt in the future, if not already, to be seen as an extension of Aenat.
Thursdays were for this extended family a bit more hurried than other days as the “the luncheon” was at twelve o’clock. The luncheon began twenty something years before as a book club and had evolved into an arts appreciation. It began promptly at twelve and had never concluded later than one thirty. In earlier years the haste was of necessity and now was continued as training for the boys and protocol. The thinking was that one should attend with all necessary preparation to give an unruffled focus. It’s ranking was high on the agenda as was any learning done in an occasional fashion.
On this particular Thursday morning the twins had gone on an extended bicycle outing and were just jumping into the showers in preparation. “Thirty minutes” Aednat called up the stairs, “yes mam” the twins answered.
The subject matter of today’s luncheon was to be a reading by a local student known for an ongoing recognition of her families Irish ancestry. Both of her grandparents were still living in Ireland. Aednat was from there as well, not leaving until the age of eleven when she and her parents immigrated to the US in fear of eventually being politically disenfranchised. Though not as outward in her recognition, she too was very proud of her Irish roots, seizing upon all opportunities in the news, acquaintances, and circumstances to stir her memory.The circumstances of their leaving no doubt were an influence seen in her today.
On several occasions she had spoken with Sim Fowler, the conductor of the local orchestra and music store owner. Sim’s mother was Irish and that side of the family for whatever reason was the only extended family he had ever known. Aednat found his detachment from the world fascinating, with his unbridled and impractical love of art serving as his compass, while business matters were never more than passing. Others financially interested in Sim’s business had ongoing concerns, but they too had been answered by his true nature. These conversations led to Sim being a part of the “Hills and Dales Luncheon”. As Aednat, his presence was both understated and valued. Whatever he appeared to be doing at any given moment was a facade relative to the hunt for art. If he were eating breakfast, it was only necessary ….to return to the hunt.
Except for a very few who married in or moved in as did the twins, the members of the luncheon were of a tight nit. Each seeing to varying degrees, as their abilities allowed, the higher purpose to which they attended in recognition. Of those unconventionally joined, the manners displayed were indicative of eventual consummation.
While pinning on her favorite broach Aednat, now upstairs called to

Charles Fanning is director of Irish and Irish Immigration Studies at Southern Illinois University Carbondale. His books includeThe Exiles of Erin: Nineteenth-Century Irish-American Fiction, winner of the American Book Award from the Before Columbus Foundation; The Irish Voice in America, winner of the Book Prize for Literary Criticism and Related Fields from the American Conference for Irish Studies; and Finley Peter Dunne and Mr. Dooley: The Chicago Years, winner of the Frederick Jackson Turner Award of the Organization of American Historians. 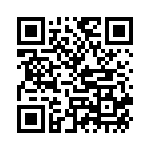