Tom Garrison (Ph.D., University of Southern California) was an inspiring professor of Marine Science for over 47 years at Orange Coast College in Costa Mesa, California -- one of the largest undergraduate marine science departments in the United States. Dr. Garrison also held an adjunct professorship at the University of Southern California and won multiple teaching and education awards during his career. He was a founding member of the Consortium for Ocean Science Exploration and Engagement, wrote a regular column for the journal Oceanography, and enjoyed writing for National Geographic magazine. Dr. Garrison was an Emmy Award team participant as writer and science advisor for the PBS syndicated Oceanus television series, and writer and science advisor for The Endless Voyage -- a set of television programs in oceanography. His widely used textbooks in oceanography and marine science are the college market's best sellers, and 42 years of teaching allowed him to pass his oceanic enthusiasm to more than 65,000 students in his career. 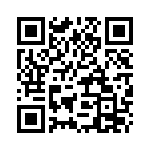