Short and easily understood writing. Describes the difference between things which are living and things that aren't. And DNA of course. Read full review

For me at least, a waste of time. The usual origin of life/structure of DNA story. Read full review

FRANCIS HARRY COMPTON CRICK was born on June 8, 1916, at Northampton, England. The elder son of Harry and Annie Elizabeth Wilkins Crick, he was educated at Northampton Grammar School and Mill Hill School, London. He studied physics at University College, London, earning his bachelor's degree in 1937. His pursuit of a doctorate was interrupted by the outbreak of World War II. Crick worked as a physicist for the British Admiralty during the war, leaving in 1947 to study biology. He earned his doctorate at Caius College, Cambridge University, in 1953.

Crick was a laboratory scientist at Cavendish Laboratory, Cambridge University. In 1962 he became director of Cambridge University's Molecular Biology Laboratory. From 1977 he was a faculty member at the Salk Institute for Biological Studies in San Diego, and is now a distinguished professor and president emeritus of the institute's Kieckhefer Center for Theoretical Biology. He was a visiting lecturer at the Rockefeller Institute, New York City, and a visiting professor at Harvard University. In 1959 he was elected a Fellow of the Royal Society.

In 1962 Crick won the Nobel Prize in physiology/medicine, with James D. Watson and Maurice H.F. Wilkins, for studies of the molecular structure of DNA. Queen Elizabeth II awarded him the Order of Merit in 1992.

Crick is the author of numerous papers and articles on molecular biology, and four books: Of Molecules and Men (1966), Life Itself: Its Origin and Nature (1981), What Mad Pursuit: A Personal View of Scientific Discovery (1988), and The Astonishing Hypothesis: The Scientific Search for the Soul (1994). 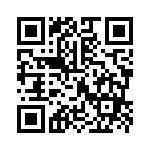