The name R. Buckminster Fuller brings up images of geodesic domes for most people. I found a paperback 1973 printing of the 1969 book with a properly psychedelic deconstructed sphere/face on the cover ... Read full review

This is a classic, published in 1969, first read by me back in 1970 or 1971, when we thought we would soon experience either the Dawning of the Age of Aquarius or, alternately, the Eve of Destruction ... Read full review

R. Buckminster Fuller has been a Research Professor at Southern Illinois University since 1959. In 1968 the Board of Trustees appointed him University Professor, the second faculty member so honored in the University's history. 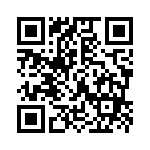