Our Souls At Night, Kent Haruf, Read by Mark Bramhall
I was attracted to this book for many reasons, not the least of them being that my husband shares a name with Louis, although it is spelled differently. Another reason is that I am a senior citizen who has often contemplated the loneliness that would come in the years ahead for one or another of us. Then, too, Haruf was the same age as the characters, which made the story even more poignant . He understood their feelings very well having just received a diagnosis of a terminal illness. His wife would shortly be left alone.
This is a truly touching story about two older adults, a widow and a widower, who live alone. They have no one to talk to at night except themselves. To solve this problem of loneliness and isolation, 70 year old Addie Moore has an idea. She visits Louis Waters and makes him a proposal. How would he feel about coming to her house to sleep with her, just as friends, for conversation, not for sex? Louis decides to think about it, and she tells him, all right, just call her and let her know if he agrees. They live within easy walking distance of each other, but they were not close friends as couples when their spouses were alive. Although Addie was friendly with Diane, Louis’ wife, Louis did not really know her husband, Carl. Addie explained that she was lonely and really just wanted to have some company to share ideas with, before she falls asleep. She believed that he was lonely too.
Louis decides to go to the barber and clean himself up. Then he makes the call. He goes over to Addie’s house, at first, through the back door, shy and embarrassed, but later on, through the front entrance. Their meeting is a bit awkward, but after they spend the night together, they bravely soldier on and he makes repeat visits to her nightly. In the beginning, their conversation falters a bit, but then it grows more natural as they confide their secrets to each other, sometimes with unnecessary critical judgment. They have both made missteps in their life that have had serious repercussions. Soon, however, they grow closer and more comfortable with each other and more comfortable in their own skins. Their banter is charming and innocent as they begin to explore life again as they talk. They are both genuinely happy to have each other’s company. When the gossips begin rattling their tongues, they defy them and begin to blatantly appear in public. They no longer care what people think because they care about each other, and they are old enough to have earned the right to ignore the gossip.
When Addie’s son’s marriage and dying business catapult him into a no man’s land, he sends his son to spend the summer with Addie. She and Louis approach him tenderly and slowly and both learn to appreciate his presence and his sadness. He is lonely too. They love him and engage him in activities to keep his mind off his troubles. He misses both his parents. They miss their spouses. The young and old have similar needs.
Addie’s son is the fly in the ointment. He disrupts this happy picture . He disapproves of their immoral behavior and demands an end to their relationship. He is sure that Louis is after her money and nothing more. It seems more likely that her son was worried about his share of an inheritance. He was rude and very unkind to Louis. His threats to cut himself and Jamie out of her life weaken Addie’s resolve. This woman, who had been so brave at first, became so frightened of losing her family and being totally alone, that she ends her relationship with Louis. Although Louis wanted to become her family, for her, she knew that if anything happened to him, her son and grandson would be all she would have left with whom to share her life. If they cut her off, she would be lost.
Oddly, while all are lonely, the one who seemed to hold the cards and control the situation was the one who shouldn’t have had a card in his hand. Her son Gene was still, decades later, harboring guilt about his sister’s death and lack of fatherly affection. He was very

Kent Haruf is the author of six novels (and, with the photographer Peter Brown, West of Last Chance). His honours include a Whiting Foundation Writers' Award, the Mountains & Plains Booksellers Award, the Wallace Stegner Award, and a special citation from the PEN/Hemingway Foundation; he was also a finalist for the National Book Award, the Los Angeles Times Book Prize, and The New Yorker Book Award. Benediction was shortlisted for the Folio Prize. He died in November 2014, at the age of seventy-one. 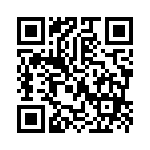