Alexandra Kitty is a journalist who specializes in crime and media issues. She is also the author of Don’t Believe It: How Lies Become News.
As well as Outfoxed, Robert Greenwald executive produced Unprecedented: The 2000 Presidential Election, produced and directed Uncovered: The War On Iraq and most recently produced Unconstitutional: The War on our Civil Liberties, about the erosion of American civil liberties following the events of September 11. 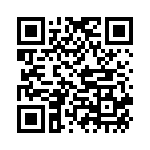