Oxygen and the Brain: The Journey of Our Lifetime by Philip B James
is an inspiring book and at the same time shocks me that such proven medical knowledge is not mainstream. The scientific studies, the photos, the data, the lifesaving and life changing personal stories are exciting in that they prove that so much more healing and repair is possible, yet so many hospitals that had Hyperbaric Oxygen Chambers, have apparently removed them over the years. It seems that Doctors are becoming so trained in their speciality field that there is a lack of cross over or sharing in procedures that would enhance each other. (I find it hard to go along with other people’s conspiracy ideas that Big Pharma, that provides a lot of free training/yearly upgrading, is purposefully leaving Hyperbaric Oxygen Chambers out of there ‘curriculum’.) I do know that anyone who reads this book will get excited about the healing potential for their own aliments or those of friends. Yes some of the language is a bit technical in places, but that is because it is written by and/or quoting the doctors or scientists who did the studies and/or have seen the results. The photos of blackened legs or toes from accidents or diabetes and then the saved appendage after repeated Hyperbaric Oxygen treatment (use of/breathing 100% oxygen in a pressurized chamber) are inspiring. Instead of a whole leg being amputated they lose eg only one toe. Similar results for chemical or fire burn victims. Anyone with a Traumatic Brain Injury (TBI) ie concussion or more, will want to read this OR have their care giver read this book. It is not an overnight fix and clearly will take many treatments, but it appears you can get you/ your brain/ your life back.
Am I excited about this book and glad I found it ? YES. Why? Because it is not hype. It is full of factual data, case histories, photos and data about real people and proven results. It is inspiring reading.
V Stanley-Jones (This is the first time I have been inspired to write a review.) 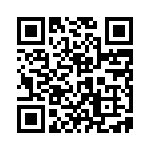