Hannah West's debut novel, Kingdom of Ash and Briars, received a starred review from Kirkus Reviewsand was named one of their Best Teen Books of the Year. Inspired by fairy tale castles and snowy winter days, Hannah began writing the book as a college junior studying abroad in France. Palace of Silveris her third novel in the Nissera Chronicles. She lives in Texas with her husband, Vince, and their two rambunctious but lovable dogs. Visit her at www.hannahwestauthor.com and on Twitter and Instagram @hannahwestya. 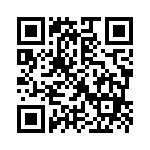