Try the new Google Books
Check out the new look and enjoy easier access to your favorite features
Try it now
Buy eBook - $69.83

Raymond S. Bradley has been involved in many national and international activities related to paleoclimatology, most notably as the current Chair of the Scientific Steering Committee for the International Geosphere-Biosphere Program on Past Global Changes (IGBP-PAGES). He has published dozens of articles in scientific journals, and has edited several important books in paleoclimatology. The first edition of Quaternary Paleoclimatology has been the definitive text in this field for over a decade. His research is in climatology, specifically in climatic change and the evidence for how the earth’s climate has varied in the past. He has carried out research on climate variation, both on the long (glacial and interglacial) time-scale and on the short (historical and instrumental) time-scale, involving the analysis of data from all over the world. In recent years he has been involved in studies of natural climate variability, to provide a background for understanding potential anthropogenic changes in climate resulting from rapid increases in "greenhouse gases" over the last century or so. R.S. Bradley has been a professor in the Department of Geosciences, University of Massachusetts, Amherst, USA, since 1984. He has been Head of the Department of Geosciences since 1993. Additionally, he is a member of Clare Hall at Cambridge. 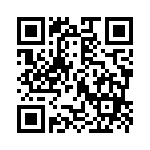