Author C. Northcote Parkinson was born in the north of England on July 30, 1909. He was educated at Emmanuel College at the University of Cambridge and at King's College, London. His graduate thesis "War in the Eastern Seas, 1793-1815" won the 1935 Julian Corbett Prize in Naval History. He taught at numerous schools, colleges, and universities including the Royal Naval College, Dartmouth; the University of Liverpool; the University of Malaya; Harvard University; the University of Illinois; and the Univeristy of California, Berkeley. He stopped teaching in 1960 to become an independent writer. He wrote over 60 books in his lifetime; many dealing with British politics and economics. His most famous work is Parkinson's Law, which is a collection of short essays explaining the inevitability of bureaucratic expansion because work increases to fill the time allotted for it. He also wrote the Richard Delancey series about a fictional naval officer from Guernsey during the Napoleonic era. He died on March 9, 1993 in Canterbury, Kent. 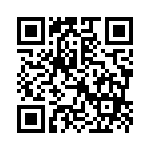