Posthumous gathering of minor articles by Polish-American novelist Kosinski (1933-91). Kosinski is ever serious and sometimes wry in these pieces (reprinted from Vanity Fair, Esquire, The American ... Read full review

Jerzy Kosinski was born in Lodz, Poland on June 8, 1933. In 1939, he was separated from his family when the Nazi's invaded Poland and he wandered through villages for six years, surviving by his wits. In shock, he remained mute from the age of nine to fourteen. He was finally reunited with his family. He moved to the United States in 1957. His first novel, The Painted Bird, was published in 1965 and received France's Prix du Meilleur Livre Etranger. His second novel, Steps, won the National Book Award in 1969. His other novels included Being There, The Devil Tree, Cockpit, and Blind Date. Blind Date tells the story of the Manson killings, which is where he would have been if he had not been stuck in JFK Airport dealing with improperly tagged luggage. He committed suicide on May 3, 1991 at the age of 57. 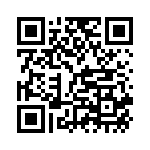