Julian Go is an Associate Professor of Sociology at Boston University. He is also a Faculty Affiliate in Asian Studies and New England and American Studies at Boston University. He is editor of the journal Political Power and Social Theory. He is a former Academy Scholar at Harvard University's Academy for International and Area Studies. His first book, American Empire and the Politics of Meaning, won the Mary Douglas Prize for Best Book from the American Sociological Association and was a finalist for a Philippines National Book Award. His other books include The American Colonial State in the Philippines: Global Perspectives, which he co-edited and More American Than We Admit: The Influence of American Culture on the Philippines, which he edited. 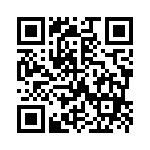