Edit: the Colin Smith translation is pretty awful (but free online!); do the Donald Landes one instead if you can; but if you can't, the most important thing to know about the Smith is that you are ... Read full review

Appointed Professor at the College de France in 1952, Maurice Merleau-Ponty was a highly esteemed professional philosopher because of his technical works in phenomenology and psychology. He was also an activist commentator on the significant cultural and political events of his time, as well as a collaborator with Jean-Paul Sartre and Simone de Beauvoir in the founding and editing of Les Temps Modernes in Paris immediately after World War II. Besides being influenced by Edmund Husserl and Martin Heidegger, Merleau-Ponty assimilated the contributions of experimental philosophy and Gestalt psychology to focus on perception and behavior. His work "The Structure of Behavior," although centering on the body, presented an interpretation of the distinctions among the mental, the vital (biological), and the physical that ruled out the reductionist inclinations of behaviorism. With the appearance of his work on the phenomenology of perception in 1945, his position as a philosopher ranking beside Heidegger and Sartre was established. He unveiled a theory of human subjectivity similar to theirs but with greater technical precision. From the standpoint of an existentialist thinker whose conception of subjectivity stressed the primacy of freedom, he examined Marxism and the political factions and movements fostered in the name of Karl Marx. The resulting studies, always insightful and provocative, satisfied neither the right nor the left. In the foreword to the English translation of Merleau-Ponty's inaugural lecture at the College de France, In Praise of Philosophy, John Wild and James Edie praised him for having made "important contributions to the phenomenological investigation of human existence in the life-world and its distinctive structures. He was a revolutionary, and his philosophy, even more than that of his French contemporaries, was a philosophy of the evolving, becoming historical present." Merleau-Ponty views man as an essentially historical being and history as the dialectic of meaning and non-meaning which is working itself out through the complex, unpredictable interaction of men and the world. Nothing historical ever has just one meaning; meaning is ambiguous and is seen from an infinity of viewpoints. He has been called a philosopher of ambiguity, of contradiction, of dialectic. His search is the search for "meaning."' 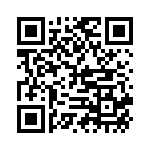