Raynal Pellicer is a director who has produced many documentaries, films, and television shows, including a series of 100 short films of people reacting to various art works. He was honored with the 1993 TV Director's Grant in France. He is also the author of Mug Shots. 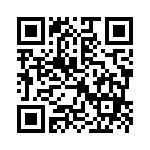