Edward Campbell is senior lecturer in music at the University of Aberdeen and a member of the University's Centre for Modern Thought. He specialises in contemporary European art music and aesthetics. He is the author of the books Boulez, Music and Philosophy (Cambridge, 2010) and Music after Deleuze (2013).

Peter O'Hagan is a pianist specialising in the performance of contemporary music. He has performed Boulez's piano works at festivals in the UK and abroad, and in 2008 gave the London premičre of the unpublished three-movement version of the Third Sonata at Wigmore Hall with the composer's authorisation. He has recently completed a monograph, Pierre Boulez and the Piano (2016). 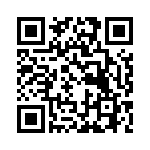