Mildly interesting foray into political science by a philosopher, it's a quick and readable piece. Read full review

Charles R. Beitz is Professor of Government at Bowdoin College. His other books include Political Equality: An Essay in Democratic Theory and International Ethics: A Philosophy and Public Affairs Reader, which he coedited with Marshall Cohen (both books are available from Princeton). 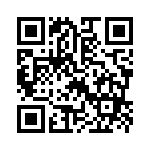