This was interesting. It's not a warts and all account of what happened during the Coalition government - it's quite coy about that. It's more a meditation on the future of UK and Western politics and ... Read full review

NICK CLEGG was Leader of the Liberal Democrats for eight years from 2007 and Deputy Prime Minister from 2010 to 2015. He has been the Liberal Democrat MP for Sheffield Hallam since 2005, and was previously MEP for the East Midlands. Nick and his wife Miriam have three young sons -- Antonio, Alberto and Miguel. They were married in her home town in Spain in 2000. He holds a degree in Anthropology from Cambridge University and speaks five languages. 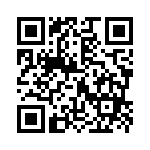