C. M. Hann is Founding Director of the Max Planck Institute for Social Anthropology, which specialises in studies of postsocialist countries. His book Socialism was published by Routledge in 1992. 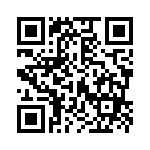