An excellent read as to the Court's and, the people's, revolving and, evolving conception and perception as to worth...Worth cannot be determined in dollars. Rather, the 'worth of a person,' as per sentimental feeling is priceless...so the Court affirmed...RLB

Viviana A. Zelizer is Professor of Sociology at Princeton University. She is the author of Morals and Markets: The Development in Life Insurance in the United States (Columbia). 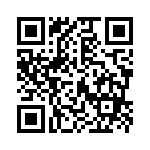