Stephen Krulik is professor of mathematics education at Temple University in Philadelphia, where he is responsible for the undergraduate and graduate preparation of mathematics teachers for Grades K-12, as well as in the inservice training of mathematics teachers at the graduate level. He teaches a wide variety of courses, among them the History of Mathematics, Methods of Teaching Mathematics, and the Teaching of Problem Solving. Before coming to Temple University, he taught mathematics in the New York City public schools for 15 years, where he created and implemented several courses designed to prepare students for the SAT examination. Nationally, Krulik has served as a member of the committee responsible for preparing the Professional Standards for Teaching Mathematics of the National Council of Teacher of Mathematics (NCTM). He was also the editor of the NCTM’s 1980 yearbook Problem Solving in School Mathematics. He is the author or co-author of more than 20 books for teachers of mathematics, including Assessing Reasoning and Problem Solving: A Sourcebook for Elementary School Teachers. He has served as a consultant to and has conducted many workshops for school district throughout the United States and Canada, as well as delivering major presentations in Austria, Hungary, Australia, and international professional meetings, where his major focus is on preparing all students to reason and problem-solve in their mathematics classroom, as well as in their lives. Krulik received his BA degree in mathematics from Brooklyn College of the City University of New York, and his MA and EdD in mathematics education from Columbia University’s Teachers College. 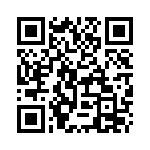