Simon Robinson is the editor-in-chief of ASP Today, one of the leading sites related to Web programming on the Windows platform. Simon''s first experience of commercial computer programming was in the early 1980s, when a computer project he was working on at college became the school''s student timetabling program, running on the BBC Micro. Later he studied for a Ph.D. in physics and subsequently spent a couple of years working as a university physics researcher. From there he moved on to working as a computer programmer, then writing books about programming, and finally on to his present job at ASP Today.
He has an extremely broad experience of programming on Windows. These days his core specialty is .NET programming. He is comfortable coding in C++, C#, VB, and IL, and has skills ranging from graphics and Windows Forms to ASP.NET to directories and data access to Windows services and the native Windows API.
Simon lives in Lancaster, UK. His outside interests include theater, dance, performing arts, and politics. You can visit Simon''s Web site, http://www.SimonRobinson.com.

Christian Nagel is an independent software architect and developer who offers training and consulting on how to design and develop Microsoft .NET solutions. He looks back to more than 15 years'' experience as a developer and software architect. Christian started his computing career with PDP 11 and VAX/VMS platforms, covering a variety of languages and platforms. Since the year 2000-when .NET was just a technology preview-he has been working with various .NET technologies to build distributed solutions. With his profound knowledge of Microsoft technologies, he has also written numerous .NET books; is certified as Microsoft Certified Trainer (MCT), Solution Developer (MCSD), and Systems Engineer (MCSE); and is the Microsoft Regional Director for Austria. Christian is a speaker at international conferences (TechED, DevDays, VCDC) and is the regional manager of INETA Europe (International .NET User Group Association) supporting .NET user groups. You can contact Christian via his Web site, http://www.christiannagel.com.

Jay Glynn started writing software nearly 20 years ago, writing applications for the PICK operating system using PICK basic. Since then, he has created software using Paradox PAL and Object PAL, Delphi, VBA, Visual Basic, C, C++, Java, and of course C#. He is currently a Project coordinator and Architect for a large financial services company in Nashville, Tennessee, working on software for the TabletPC platform. He can be contacted at jlsglynn@hotmail.com.

Morgan Skinner began his computing career at a tender age on a Sinclair ZX80 at school, where he was underwhelmed by some code a teacher had written and so began programming in assembly language. After getting hooked on Z80 (which he believes is far better than those paltry 3 registers on the 6502), he graduated through the school''s ZX81s to his own ZX Spectrum.
Since then he''s used all sorts of languages and platforms, including VAX Macro Assembler, Pascal, Modula2, Smalltalk, X86 assembly language, PowerBuilder, C/C++, VB, and currently C#. He''s been programming in .NET since the PDC release in 2000, and liked it so much, he joined Microsoft in 2001. He now works in Premier Support for Developers and spends most of his time assisting customers with C#.
You can reach Morgan at http://www.morganskinner.com.

Karli Watson is a freelance author and the technical director of 3form Ltd (http://www.3form.net). Despite starting out by studying nanoscale physics, the lure of cold, hard cash proved too much and dragged Karli into the world of computing. He has since written numerous books on .NET and related technologies, SQL, mobile computing, and a novel that has yet to see the light of day (but that doesn''t have any computers in it). Karli is also known for his multicolored clothing, is a snowboarding enthusiast, and still wishes he had a cat.

Bill Evjen is an active proponent of the .NET technologies and community-based learning initiatives for .NET. He has been actively involved with .NET since the first bits were released in 2000 and has since become president of the St. Louis .NET User Group (http://www.stlusergroups.org). Bill is also the founder and executive director of the International .NET association (http://www.ineta.org), which represents more than 125,000 members worldwide. Based in St. Louis, Missouri, USA, Bill is an acclaimed author and speaker on ASP.NET and XMLWeb services. He has written XMLWeb Services for ASP.NET, Web Services Enhancements: Understanding the WSE for Enterprise Applications, Visual Basic .NET Bible, and ASP.NET Professional Secrets (all published by Wiley). Bill is a Technical Director for Reuters, the international news and financial services company. He graduated from Western Washington University in Bellingham, Washington, with a Russian language degree. You can reach Bill at evjen@yahoo.com. 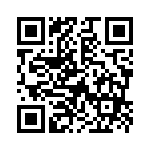