Glen O. Gabbard, M.D., is Professor and Director of the Baylor Psychiatry Clinic at the Baylor College of Medicine and Training and Supervising Analyst at the Houston-Galveston Psychoanalytic Institute in Houston, Texas. He was previously Director of the Menninger Hospital in Topeka, Kansas. Dr. Gabbard is the author or editor of sixteen books and currently is joint Editor-in-Chief and Editor for North America of the International Journal of Psychoanalysis. His numerous awards include the 2000 Mary Sigourney Award for outstanding contributions to psychoanalysis.

Krin Gabbard, Ph.D., teaches film, literature, and cultural studies at the State University of New York at Stony Brook. He is author of Jammin' at the Margins: Jazz and the American Cinema (1996) and editor of Jazz Among the Discourses (1995) and Representing Jazz (1995). He is currently working on a book about movies, masculinity, and music. 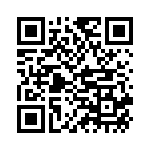