David M. Brodzinsky is Professor of Developmental and Clinical Psychology at Rutgers University. He is also Director of the Rutgers Foster Care Counseling Program.

Jesús Palacios is Professor of Developmental Psychology at the University of Seville, Spain. He co-authored a pre-adoption training program for prospective adopters and a book for adoptive parents. 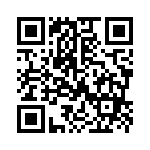