I discovered this book while in Prison and it introduced me to the concept of the "Double Bind" in relation to Schizophrenia. I had recently had ironically my own mental breakdown due to many complex issues becoming present in my reality. this book helped me out of and allowed me to grasp a better fundamental understanding of much of the mental issues I was being drowned in. I ended up getting the final words of the book tattooed across my back "The most intense darkness is itself the seed of light". It is safe to say I highly recommend this text and the doors it opens to ideas of the double bind in relation to Psychoanalysis and the mental trap or labyrinth social constructors use to "trap" you into voluntarily subscribing to the system.

Alan Wilson Watts was born in England in 1915. He was educated at King's School, Canterbury, and the Seabury-Western Theological Seminary in Illinois. Watts was an editor, minister, professor, graduate school dean, and research fellow of Harvard University. Watts has written over twenty books, primarily concerned with Eastern thought and Zen Buddhism in the West. He has lectured at colleges and universities as well, and created more than 500 radio talks which have been taped and circulated among non-profit and educational organizations. Watts died in 1973. 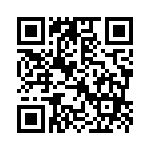