Lisa Hilton's explores the lives of the twenty women crowned between 1066 and 1503 nonfiction She reminds us of well-known figures like Eleanor of Aquitaine and illuminates the lives of forgotten queens such as Adeliza of Louvain... Read full review

I was thrilled to see this book; the personalities of the medieval queens of England are incredibly large and vibrant for the time period. The author gives us a window into their lives and ... Read full review

Lisa Hilton is the acclaimed author of The Real Queen of France: Athénais and Louis XIV, Mistress Peachum's Pleasure, Queens Consort: England's Medieval Queens and The Horror of Love. She is the author of two novels, the bestselling Wolves in Winter and The House with Blue Shutters, which was shortlisted in the UK for the Commonwealth Fiction prize. She was educated at Oxford University, and lives in central London. 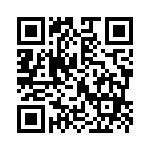