John Heilemann and Mark Halperin are two of the most acclaimed political reporters in the US, with close access to the candidates and their teams. Heilemann is the political columnist at New York magazine. He is a National Magazine Award finalist and a former staff writer for the New Yorker, the Economist, and Wired. Halperin is editor-at-large and senior political analyst for Time, founding editor of The Page, and former political director of ABC News. 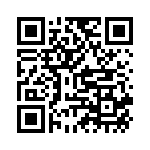