Martha McCaughey is Assistant Professor of Women's Studies in the Center for Interdisciplinary Studies at Virginia Tech. 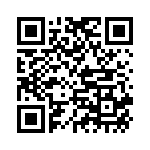