Bill Browder comes off as greedy and self-serving. He bemoans the fact that 22 Russian oligarchs managed to cheat the Russian people out of 39% of their public works while he seemed to have been doing ... Read full review

The story's fascinating but the writing leaves something to be desired. I'd suggest seeing the movie instead but there isn't one. (Side note: There's a documentary called Justice for Sergei about the man who was murdered so if you're short on time, that might be the way to go.) Read full review

Bill Browder, founder and CEO of Hermitage Capital Management, was the largest foreign investor in Russia until 2005, when he was denied entry to the country after exposing widespread corruption. Since 2009, when his lawyer Sergei Magnitsky was murdered in Russian police custody, he has been leading a global campaign to expose human rights abuses endemic in Russia. Consequentially, the âe~Sergei Magnitsky Rule of Law Accountability Actâe(tm) was signed into US law in 2012, imposing visa bans and asset freezes on certain officials involved in Magnitskyâe(tm)s death. Browder is currently working to have similar legislation passed across the European Union. 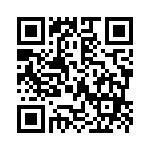