Read this book and discover some new best friends that lived in the past. Wonderful, insightful, provocative, see things in a completely different perspective. Read full review

This book is enormous. It is very academic. I dont think its possible to read this kind of book with understanding while listening to any type of music excepting classical. I expect that this book ... Read full review

Robert N. Bellah was Elliott Professor of Sociology, Emeritus, at the University of California, Berkeley. 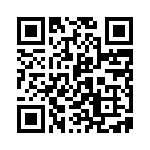