The author of this book is a professional biographer, historian, and theologian. His subjects range from the mundane (Jacqueline Onassis) to the sublime (Francis of Assisi). Before I read the book, I ... Read full review

Reluctant saint: the life of Francis of Assisi

Spoto is a sometime teacher of theology and a biographer of Alfred Hitchcock, Lawrence Olivier, Tennessee Williams, and Ingrid Bergman. In this life of Francis of Assisi, Spoto's elegant wordsmithing ... Read full review

Donald Spoto was born on June 28, 1941 in New Rochelle, New York. He received a B.A. from Iona College in 1963 and a M.A. and Ph.D. in theology (New Testament studies) from Fordham University in 1966 and 1970, respectively. He taught theology, Christian mysticism, and biblical literature at the university level for twenty years. He has written more than 25 biographies of film and theatre celebrities including The Art of Alfred Hitchcock, The Kindness of Strangers: The Life of Tennessee Williams, Diana: The Last Year, Jacqueline Bouvier Kennedy Onassis: A Life, Enchantment: The Life of Audrey Hepburn, High Society: The Life of Grace Kelly, Possessed: The Life of Joan Crawford, and The Redgraves: A Family Epic. He also wrote biographies on religious figures including The Hidden Jesus: A New Life, Reluctant Saint: The Life of Francis of Assisi, and Joan: The Mysterious Life of the Heretic Who Became a Saint. 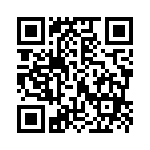