We live in scary times. The extreme conservatives are afraid everyone who doesn't agree with them is a traitor going to destroy this country through tolerating more individual freedoms, such as ... Read full review

Political analysis that is both accurate and flippant has a limited shelf-life, and reading this book is like taking a long, painful, irritating trip down memory lane. I recommend it unreservedly to ... Read full review

Max Blumenthal is the author of Republican Gomorrah, a New York Times and Los Angeles Times bestseller, and Goliath, winner of the Lannan Foundation Cultural Freedom Notable Book Award. His writing and video documentaries have appeared in the New York Times, the Los Angeles Times, the Daily Beast, the Nation, the Guardian, the Independent Film Channel, the Huffington Post, Salon.com, Al Jazeera English, and many other publications. He blogs at maxblumenthal.com. 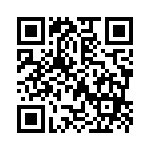