Andrew Gamble is Professor of Politics at the University of Sheffield. He is joint editor of The Political Quarterly and his books include Between Europe and America: The Future of British Politics (2003) and Politics and Fate (2000).

Tony Wright is MP for Cannock Chase and Chairman of the Public Administration Committee in the House of Commons. He is joint editor of The Political Quarterly and his books include The British Political Process (1999) and Socialisms: Old and New (1996). 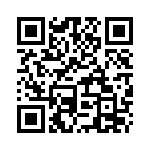