A remarkably clear-eyed vision of the pop culture of the 1960s written over the last few years of the decade. Melly’s great triumph is to understand the nature of pop culture as it evolved in that ... Read full review

George Melly (1926-2007) was born in Liverpool and educated at Stowe School. He was called up in 1944, where he joined the navy, primarily on account of his preferring the uniform to those of the other services. After the war, he established himself variously as a critic, surrealist, jazz musician, writer and raconteur, all to great success. The world is a little less colourful without him. 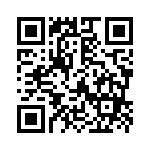