Dimitar Bechev is a research fellow at the Center for Slavic, Eurasian, and East European Studies at the University of North Carolina at Chapel Hill and a nonresident senior fellow at the Atlantic Council. 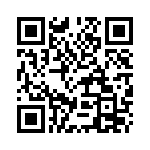