Roman Adrian Cybriwsky is professor of geography and urban studies and director of Asian studies at Temple University. He is the author of several books, including Tokyo: The Shogun’s City at the Twenty-first Century. 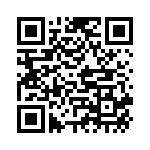