Tolkien was a master at everything he wrote and this is another example. It has remained a family favorite since day one! This is wonderful story that takes you away on another fantastic journey full of heart and values. Perfect for all ages! This is another lesser-known Tolkien treasure! Read full review

In 1925, the Tolkien family took a vacation at the beach, where four-year-old Michael lost his favorite object, a tiny toy dog. So to console him, father J.R.R. improvised the tale of a dog magically ... Read full review

A writer of fantasies, Tolkien, a professor of language and literature at Oxford University, was always intrigued by early English and the imaginative use of language. In his greatest story, the trilogy The Lord of the Rings (1954--56), Tolkien invented a language with vocabulary, grammar, syntax, even poetry of its own. Though readers have created various possible allegorical interpretations, Tolkien has said: "It is not about anything but itself. (Certainly it has no allegorical intentions, general, particular or topical, moral, religious or political.)" In The Adventures of Tom Bombadil (1962), Tolkien tells the story of the "master of wood, water, and hill," a jolly teller of tales and singer of songs, one of the multitude of characters in his romance, saga, epic, or fairy tales about his country of the Hobbits. Tolkien was also a formidable medieval scholar, as evidenced by his work, Beowulf: The Monster and the Critics (1936) and his edition of Anciene Wisse: English Text of the Anciene Riwle. Among his works published posthumously, are The Legend of Sigurd and Gudrún and The Fall of Arthur, which was edited by his son, Christopher. In 2013, his title, The Hobbit (Movie Tie-In) made The New York Times Best Seller List.

Christina Scull, the editor of the journal "The Tolkien Collector," lives in western Massachusetts with her husband, Wayne G. Hammond.

Wayne G. Hammond, the co-author of "J.R.R. Tolkien: A Descriptive Bibliography," lives in western Massachusetts with his wife, Christina Scull. 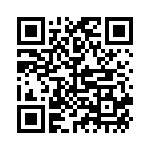