Susan Herbst is Professor of Political Science and President Emeritus at the University of Connecticut. She is author of many books and articles on American politics including Numbered Voices: How Opinion Polling Has Shaped American Politics, Politics at the Margin: Historical Studies of Public Expression outside the Mainstream and Reading Public Opinion: How Political Actors View the Democratic Process. Previously, she was Chief Academic Officer for the University System of Georgia, Dean of the College of Liberal Arts at Temple University, and Chair of the Department of Political Science at Northwestern University. 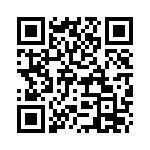