Peter Mair (1951–2011) was one of the leading political scientists of his generation. He studied at University College Dublin and the University of Leiden, and worked at universities in Ireland, the U.K., the Netherlands and Italy, finally becoming Professor of Comparative Politics at the European University Institute, Florence. His books include Party System Change and, with Stefano Bartolini, Identity, Competition and Electoral Availability. 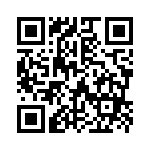