Kristin Bluemel is Professor of English and Wayne D. McMurray Chair in the Humanities at Monmouth University in New Jersey. She is the author of books on modernist Dorothy Richardson and intermodernist George Orwell; articles and chapters on regional and middlebrow writers; editor of Intermodernism: Literary Culture in Mid-Twentieth-Century Britain(EUP, 2011), and past editor of the journal The Space Between: Literature and Culture, 1914-1945. Her work in progress examines interwar women wood engravers.

Michael McCluskey is Lecturer in English and Film Studies at the University of York. Among his published articles are: 'Humphrey Jennings in the East End: Fires Were Started and Local Geographies' for London Journal, and 'The Postman's Daily Round: English Journeys in 1930s Documentary Film' for The Space Between, Literature and Culture 1914-1945 6.1(2011): 105-23. 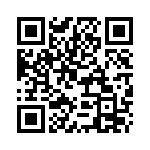