“If you went through life refusing all the bait dangled in front of you, that would be no life at all. No changes would be made and you would have nothing to fight against. Life would be dull as ... Read full review

There's a guy, he's pretty self centred, has a good job as a piece worker, that allows him to have both money and some time for himself. He's attracted two women, and has a possible girlfriend on the ... Read full review

Alan Sillitoe was born in 1928 and left school at 14 to work in various factories. He began writing after four years in the RAF, and lived for six years in France and Spain. His first stories were printed in the 'Nottingham Weekly Guardian'. In 1958 'Saturday Night and Sunday Morning' was published and 'The Loneliness of the Long Distance Runner', which won the Hawthornden prize for Literature, came out the following year. Both these books were made into films. 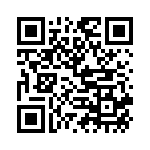