James N. Butcher was born in West Virginia. He enlisted in the Army when he was 17 years old and served in the airborne infantry for 3 years, including a 1-year tour in Korea during the Korean War. After military service, he attended Guilford College, graduating in 1960 with a BA in psychology. He received an MA in experimental psychology in 1962 and a PhD in clinical psychology from the University of North Carolina at Chapel Hill. He was awarded Doctor Honoris Causa from the Free University of Brussels, Belgium, in 1990. He is currently professor of psychology in the Department of Psychology at the University of Minnesota and was associate director and director of the clinical psychology program at the university for 19 years. He was a member of the University of Minnesota Press''s MMPI Consultative Committee, which undertook the revision of the MMPI in 1989. He was formerly the editor of Psychological Assessment, a journal of the American Psychological Association, and serves as consulting editor or reviewer for numerous other journals in psychology and psychiatry. Dr. Butcher has been actively involved in developing and organizing disaster response programs for dealing with human problems following airline disasters. He organized a model crisis intervention disaster response for the Minneapolis--St. Paul Airport and organized and supervised the psychological services offered following two major airline disasters: Northwest Flight 255 in Detroit, Michigan, and Aloha Airlines on Maui. He is a fellow of the American Psychological Association and the Society for Personality Assessment. He has published 40 books and more than 175 articles in the fields of abnormal psychology, cross-cultural psychology, and personality assessment.

Susan Mineka, born and raised in Ithaca, New York, received her undergraduate degree magna cum laude in psychology at Cornell University. She received a PhD in xperimental psychology from the University f Pennsylvania, and later completed a formal clinical retraining program from 1981-1984. She taught at the University of Wisconsin-Madison and at the University of Texas at Austin before moving to Northwestern University in 1987. Since 1987 she has been Professor of Psychology at Northwestern and since 1998 she has served as Director of Clinical Training there. She has taught a wide range of undergraduate and graduate courses, including introductory psychology, learning, motivation, abnormal psychology, and cognitive-behavior therapy. Her current research interests include cognitive and behavioral approaches to understanding the etiology, maintenance, and treatment of anxiety and mood disorders. She is currently a Fellow of the American Psychological Association, the American Psychological Society, and the Academy of Cognitive Therapy. She has served as Editor of the Journal of Abnormal Psychology (1990-1994). She is currently serving as an Associate Editor for Emotion, and is on the editorial boards of several of the leading journals in the field. She was also President of the Society for the Science of Clinical Psychology (1994-1995) and was President of the Midwestern Psychological Association (1997). She also served on the American Psychological Association''s Board of Scientific Affairs (1992-1994, Chair 1994), on the Executive Board of the Society for Research in Psychopathology (1992-1994, 2000-2003), and on the Board of Directors of the American Psychological Society (2001-2004). During 1997-1998 she was a fellow at the Center for Advanced Study in the Behavioral Sciences at Stanford.

Jill M. Hooley is a professor of psychology at Harvard University. She is also head of the experimental psychopathology and clinical psychology program at Harvard. Dr. Hooley was born in England and received a B.Sc. in Psychology from the University of Liverpool. This was followed by research work at Cambridge University. She then attended Magdalen College, Oxford, where she completed her D.Phil. After a move to the United States and additional training in clinical psychology at SUNY Stony Brook, Dr. Hooley took a position at Harvard, where she has been a faculty member since 1985. Dr. Hooley has a long-standing interest in psychosocial predictors of psychiatric relapse in patients with severe psychopathology such as schizophrenia and depression. She is currently conducting neuroimaging studies of emotion in depression. She is the author of many scholarly publications and has served on the editorial boards of several prestigious journals. She has also reviewed applications for research grants both in the United States and internationally. At Harvard, she has taught graduate and undergraduate classes in introductory psychology, abnormal psychology, schizophrenia, mood disorders, psychiatric diagnosis, and psychological treatment. When she is not teaching, conducting research, or treating clinical patients, Dr. Hooley is most likely to be found riding her horse. 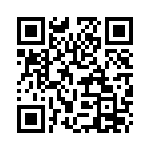