Pam Cook is Professor of European Film and Media at the University of Southampton. She is co-editor of The Cinema Book (BFI, 1999), and her many publications on film include Fashioning the Nation: Costume and Identity in British Cinema (BFI, 1996) and I Know Where I'm Going! (BFI, 2002) 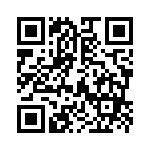