I don't know how I found this book. I wish I remember where I saw it cited, in such a way that I was inspired to read it, because it's one of those books that's affected my thinking-- not just as a ... Read full review

Great insights into social nature, urbanization, statebuilding and such. Can go on into more dense field issues, but I found the historical treatment very good. Read, Kat! Or at least flip through... Read full review

James C. Scott is the Eugene Meyer Professor of Political Science and Anthropology at Yale University and current president of the Association of Asian Studies. He is the author of Weapons of the Weak: Everyday Forms of Peasant Resistance, Domination and the Arts of Resistance: Hidden Transcripts, and The Moral Economy of the Peasant: Rebellion and Subsistence in Southeast Asia, all published by Yale University Press. 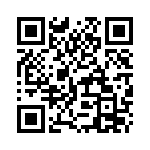