Carl H. Nightingale is professor of urban and world history in the Department of Transnational Studies at the University at Buffalo, State University of New York. He is the author of On the Edge: Poor Black Children and Their American Dreams. 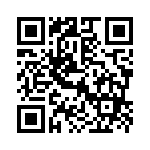