Boria Majumdar, a Rhodes scholar, is a historian by training who went to St John's College, Oxford University, to do a DPhil on the social history of Indian cricket in October 2000. His doctorate was published as Twenty-Two Yards to Freedom: A Social History of Indian Cricket in December 2004. He has taught at the universities of Chicago, Toronto and La Trobe where he was the first distinguished visiting fellow in 2005. He was also a visiting fellow at Trinity College, University of Cambridge in 2009.

NALIN MEHTA is an award-winning social scientist, journalist and author. He is associate professor with Shiv Nadar University, consulting editor with The Times of India and editor of the South Asian History and Culture (Routledge) book series and journal. He has previously been managing editor, Headlines Today, adjunct professor at Indian Institute of Management, Bangalore, and held senior executive positions with the UN and the Global Fund in Geneva. He has taught at universities and institutions in Australia, Switzerland and Singapore and currently sits on the governing board of the University Grants Commission Consortium for Educational Communication, which oversees the work of twenty-one university centres nationwide. His books include India on Television: How Satellite News Channels Changed the Way We Think and Act, which won the 2009 Asian Publishing Award for Best Book, the best-selling Sellotape Legacy: Delhi and the Commonwealth Games and a critically acclaimed social history of Indian sport, Olympics: The India Story. Twitter: @nalinmehtaWebsite: www.nalinmehta.in 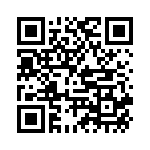