SARAH CHILDS is Professor of Politics and Gender at the School of Sociology, Politics and International Studies, University of Bristol, UK. She has published widely on sex, gender and political representation. Her books include New Labour's Women MPs (2004), Women and British Party Politics (2008) and with Mona Lena Krook, Women, Gender and Politics: A Reader (2010).

PAUL WEBB is Professor of Politics at the Department of Politics and Contemporary European Studies, University of Sussex, UK and has held a number of previous and visiting positions in Britain and abroad, most recently at the Australian National University. He is author or editor of numerous publications, including The Modern British Party System (2000), Political Parties in Advanced Industrial Societies (2002) and The Presidentialization of Politics: A Comparative Study of Modern Democracies (2005). He is currently co-editor of the journal Party Politics. 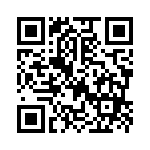