There isn't a lot new here if you've read Schoenbaum's classic Shakespeare's Lives and Shapiro's Contested Will, but for those who haven't it does bring all the key data together. The most interesting ... Read full review

Stanley Wells, CBE, is Honorary President and Former Chairman of the Trustees of Shakespeare's Birthplace, Emeritus Professor of Shakespeare Studies of the University of Birmingham, and Honorary Emeritus Governor of the Royal Shakespeare Theatre, of which he was for many years Vice-Chairman. He was for nearly twenty years the editor of the annual Shakespeare Survey, and writes for The New York Review of Books and many other publications. He has edited The New Cambridge Companion to Shakespeare Studies and is General Editor (with Gary Taylor) of The Complete Oxford Shakespeare. His most recent books are Shakespeare For All Time; Looking for Sex in Shakespeare; Shakespeare and Co., and Is It True What they Say About Shakespeare?. His Shakespeare, Sex, and Love was published in 2010. 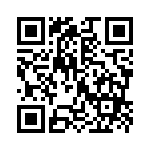