27 other sections not shown

Rene Weis is a world authority on Shakespeare. He has edited King Lear `Longman` and Henry IV Part 2 `Oxford` and has published widely on Shakespeare. He is currently working on a new edition of Romeo and Juliet for the Arden Shakespeare. He lives in London and teaches at UCL. He has previously written two critically acclaimed biographies: Criminal Justice and The Yellow Cross. 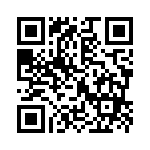